Welcome to the Silver Spring Neighborhood Blog and News Center 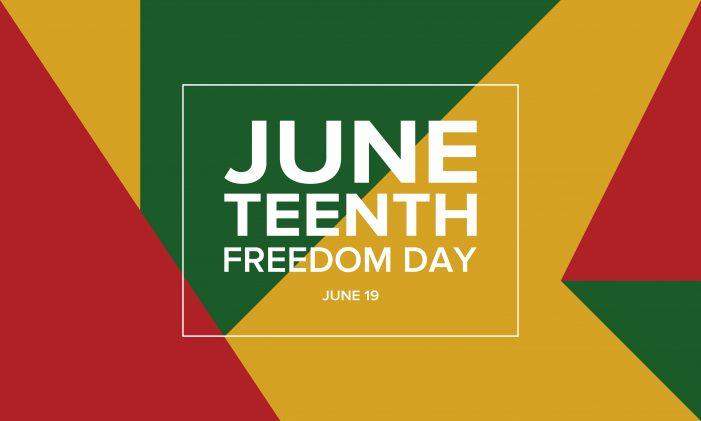 This Friday, June 19, marks a special celebration for communities around the United States and we the SSNC would like to share some history about this important day.

Celebrated as Juneteenth, — a combination of “June” and “nineteenth” — the holiday recognizes when the United States ended its historic practice of slavery. In short, Juneteenth is a day for commemorating the “freedom” of all people living in the United States.

How did Juneteenth get started?

While President Abraham Lincoln issued the Emancipation Proclamation on January 1, 1863, in Texas, approximately 250,000 people were still being held as slaves. On June 19, 1865, Union troops, led by Major General Gordon Granger, arrived in Galveston to announce that the war had ended and that all slaves were now free. Granger delivered General Order No. 3, which said: “The people of Texas are informed that, in accordance with a proclamation from the Executive of the United States, all slaves are free. This involves an absolute equality of personal rights and rights of property between former masters and slaves, and the connection heretofore existing between them becomes that between employer and hired labor.”

Although there were still legal battles, Juneteenth is known as the day when the last American slaves were freed, resulting in massive celebrations.

How do people celebrate Juneteenth?

In 1866, the first Juneteenth anniversary celebration occurred. In 1872, a group of former slaves put together $800 and purchased 10 acres of land in Houston, Texas, for the city’s annual Juneteenth celebrations, and they named the space Emancipation Park, where Juneteenth celebrations are held even now. Year after year since, small pockets of the United States have erupted in celebration of the day when everybody in the U.S. was declared free, while the day has unfortunately gone largely unnoticed by much of the country.

Why does Juneteenth matter?

Juneteenth represents the good and the bad in what makes the United States the country it is: It’s symbolic of a liberation, but one that was delayed due to consistent opposition and resistance to equality that is deeply rooted in white supremacy — something that all too often feels very American. In a country that prides itself on being the “land of the free,” this is just one of our many national contradictions and hypocrisies. What Juneteenth symbolizes, by contrast, is a true day of freedom. That’s something worth celebrating, and continuing to fight for — not just among black folks, but among everyone.

Here is where you can celebrate Juneteenth in Milwaukee